Normally, the REFUGE-ED research teams leave their normal place of work to go to the pilot sites. But on the 22nd June, the roles were reversed in Barcelona as a group of ten unaccompanied minors aged between 14 and 17 years old who are temporally residing in the reception and emergency center “Sirus” came to Bellaterra and visited the Autonomous University of Barcelona.

Sirus is the temporary home to children and young people who come to Spain without parents or caregivers – unaccompanied minors. The centre is managed by Intress, and is one of the institutions that are participating in the REFUGE-ED project.

The minors came with four of the educators, and together with the UAB REFUGE-ED research team we all visited the UAB campus. First, we visited the Faculty of Journalism and Communication.  The Dean of this School, Enric Marin, welcomed us and explained us the history of this school, and showed the radio and TV studios where students do their practices.

Then we went to the Faculty of Sociology and Political Sciences, and were also welcomed by its Dean, Prof. Olga Serradell, who is also member of the REFUGE-ED team. Serradell acknowledged the value of having the members of SIRUS in the university, and mentioned the work that the UAB is doing for including students of diverse background, thus representing society’s diversity also in its classrooms.

In the school, we all joined a dialogic literary gathering, one of the Successful Educational Actions that REFUGE-ED is promoting. We read and shared a fragment of Homer’s the Odyssey. Among the themes that emerged in the discussion were the importance of learning to choose true friends, like Odysseus’ friends, who saved him from the Sirens’ singing. 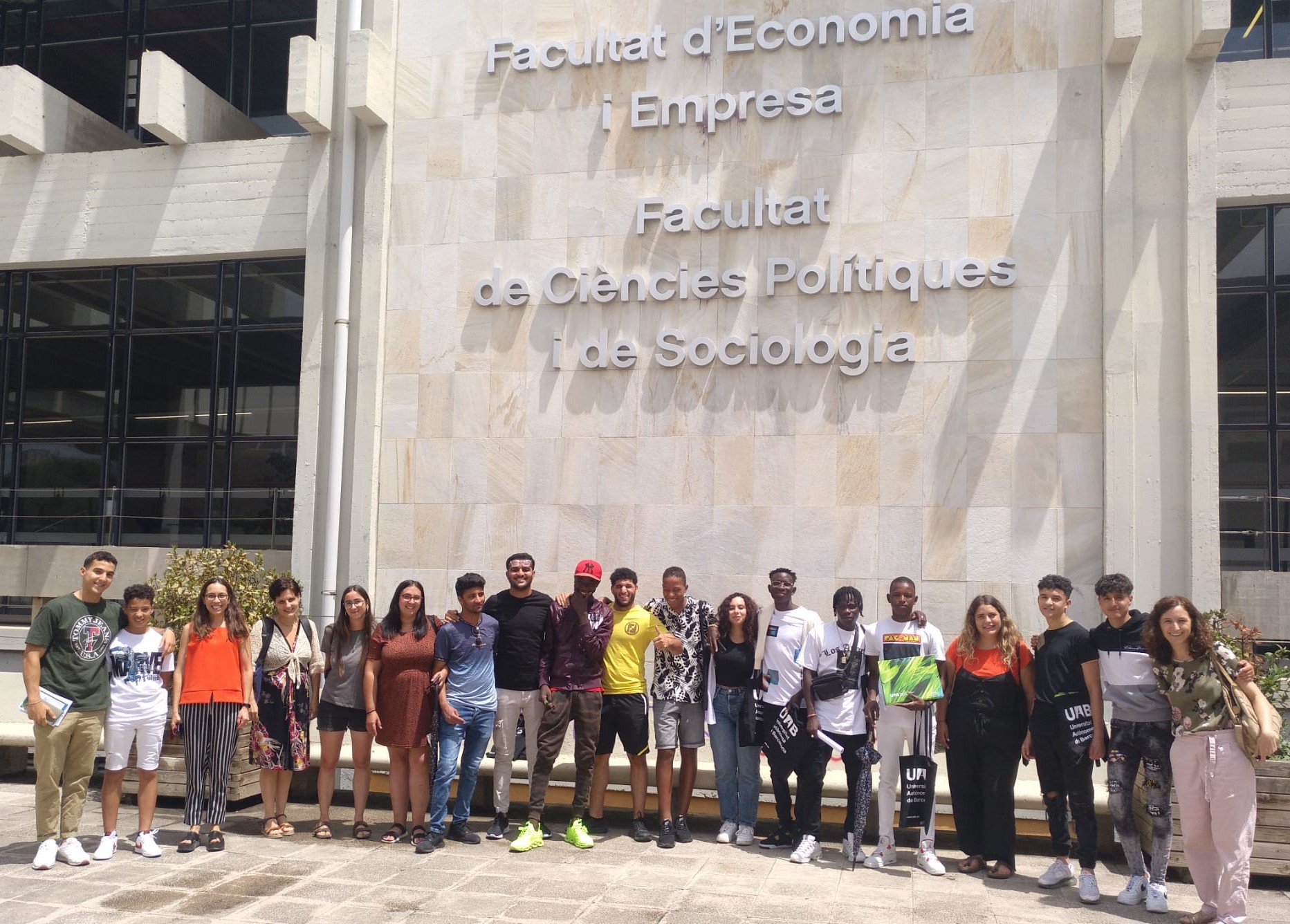